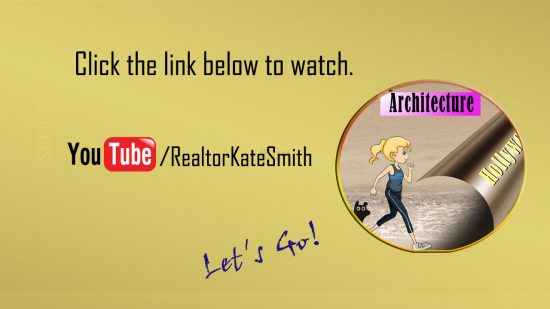 One of the most desirable neighborhoods in Hollywood FL is historic Hollywood Lakes. In our previous video, we invited you to join us as we walked around Hollywood Lakes, if you missed it here is a link to watch it

In this video, Hollywood Lakes Architecture, we invite you to explore the beautiful historic homes and get acquainted with the various architectural styles in Hollywood Lakes.  Historically, the most grandiose homes graced the main boulevard entering a town. Joseph Wesley Young’s  own house is located at 1055 Hollywood Boulevard. Built in 1925 this this impressive home was placed in the National Register of Historic Places on August 10, 1989.

Many of the houses built in the 1920’s were designed to capture the southeast breezes from the Atlantic Ocean. Their open porches served as venues for entertainment and conversation as well as crime deterrents. There are many Architectural styles in Hollywood Lakes.  We will review 9 of the most common ones, starting with the Mediterranean Revival style.

Art Deco or Art Moderne
What is the main difference between both? Art Moderne is a horizontal design, emphasizing movement and sleekness. Art Deco emphasizes verticality and stylized, geometric ornamentation. If Art Deco had its roots in France, Art Moderne is decidedly American, dating from the early 1930s and lasting until the 1940s.

Traditional
This style of architecture was popular in the United States from the 1930’s through the 1950’s, frequently featuring low pitched roofs, decorative shutters, front-facing gables, thick chimneys, a simplified façade of brick and stone and a porch roof support. The style is either one or two story. The simplest designed houses are called minimal.

Bermuda
The Bermuda style is a tropical adaptation of the neoclassic or Georgian style found on the British colony of Bermuda.  Deeply pitched roofs, shingled or tiled, are either hipped or gabled and provide virtually no overhang. The entrance is frequently enhanced by a curved banister known as “welcoming arms.”

Frame Vernacular
Wood Frame Vernacular builders represent the typical methods of construction used by pioneers in South Florida. It does not adhere to any academic style, instead it uses the builder’s experiences and the available local materials to create a useful and practical building.

Prairie Style
The Prairie Style house is largely credited to Frank Lloyd Wright, one of Americas most innovative and famous architects. Wright’s goal in designing this radical new form of architecture was to create organic architecture, an integration of structural and aesthetic beauty and above all, sensitivity to human life.

If you want to talk to about anything real estate related you call call/text 786-412-8510, or email: kate.smithfl@gmail.com Kate Smith, Hollywood FL

Love what you do. Do what you love.
Hollywood Realtor and Author, Kate Smith does just that, she "loves what she does" and she "does what she loves". Kate Smith is a licensed real estate agent and a REALTOR®, who can be found representing buyers or sellers in the luxury residential and commercial real estate fields in the Tri-County area of SE Florida, with a special focus on Hollywood.

Kate Smith Group of EXP Realty is an energetic group of real estate professionals specializing in all residential and commercial real estate sales and investment properties in Dade, Broward and WPB counties.

The company's mission statement: to be the educated choice for real estate consumers and the provider of real estate knowledge, marketing and a superior level of services essential to their clients’ success and profitability in every real estate transaction.